Hotel Motel Mention in the Herald 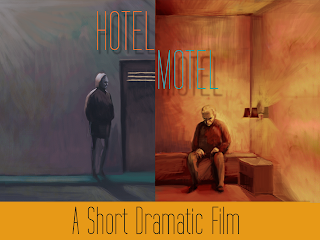 Hotel Motel is a short fiction drama, dark and powerful, it centres around one chance encounter between three characters: Robert, a terminally ill man, Eve, a drug addict, and Eve's boyfriend. During our film Robert approaches Eve with a provocative proposition, forcing her to make a significant choice. With Hotel Motel we aim to explore preconceptions and assumptions within society. 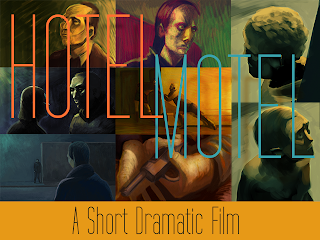 Hotel Motel is the first short film for many of us involved, we are passionate about creating a film that showcases emerging film makers and actors at the beginning of their careers.
Writer/Director, Richard Gosling, is a graduate of the Arts University Bournemouth. The voluntary crew comes from the Plymouth College of Art (PCA) Film Arts program. Production is by French Honey films. Our script is finalised and we are currently in the midst of casting, location scouting, and lighting/look development tests.
With this pitch we aim to raise a minimum of £750. The funds we are pitching for are a smaller amount than required to make a short film. The reason for this is we have access to equipment and crew via PCA. While the crew is working voluntarily, what we do not have is funds to support cast and crew. We're trying to be as economical and grass roots as possible and so £750 is purely for a limited number of costs and not full production.
Hotel Motel, a quintessential 'actors film', requires intensive performances. Leading up to production we have a long rehearsal period scheduled to develop the performances. Low budget/no-budget filmaking requires a great deal of flexibility, we will need to be able to shoot around cast, crew and location availability. Reaching our funding goal will enable us to support and provide for the cast and crew as best we can during the phases of production by covering expenses, catering, travel and any possible technical pitfalls.
Make up effects are going to be very important, segments of the film really hinge on how authentic they look. Though the characters have lived very different lives both Eve and Robert have a lot of pain in common. The make up effects are used to illustrate the characters histories and their medical histories. Another requirement of funding will be problem solving during production, if anything falls through we need to be able to hire equipment or buy materials.
We want to showcase peoples work as far and wide as possible and give the film every opportunity to be seen. So, after production, any remaining funds will be invested in entering the film into festivals.
Our rewards focus heavily on giving an insight into our production process. Contributors will recieve access to script, character profiles, storyboard, pre-visualisation/concept art, versions of music, production videos, and of course a copy of the film. There are also Executive Producer credits up for grabs. So please donate and spread the word about Hote Motel! 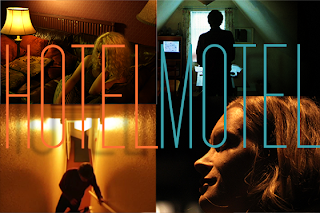 rgos
A creative designer with a strong sense for concept and story. Graduated with a 1st Degree in Animation Production and has also studied Design for Print and Web, with Distinctions. Winner of the RTS Southern Student Animation Award for graduation film Tiger is Gun. http://www.flickr.com/photos/rkfgosling/